EMI
EMI or equated monthly installments is the amount payable every month to the financer until the loan amount is fully paid.
₹
₹

EMI
EMI or equated monthly installments is the amount payable every month to the financer until the loan amount is fully paid.

nce of a tablet with the power of a personal computer. Lenovo touch screen laptops offer an innovative design, allowing consumers to use them as regular laptops or tablets. Moreover, touch screen laptops feature advanced display technologies that allow you to use the screen like a smartphone display. As a result, you can enter your commands directly on display by using your finger or a stylus pen. Lenovo touch screen laptops are fun to use: you can open apps, switch between tabs, search, scroll, scribble, and doodle, all without using a keyboard or mouse.Lenovo touch screen laptops come in many configurations. You can pick a top-of-the-line machine with an Intel Core i9 processor, up to 12 GB of optimized RAM, dedicated Qualcomm Adreno or NVIDIA graphics, and super-fast SSD storage. Apart from this, you also get a long-lasting battery with fast charging support and multiple connectivity options. A Lenovo touch screen laptop will not let you down, no matter what you use the laptop for. Although these devices can be costly depending on the specifications you choose, you can purchase them online without breaking the bank. Simply use a financing plan, such as the No Cost EMI option on the Bajaj Mall, and bring one home today without any hassles.

We couldn't find anything matching your search term. Please try searching for something else.

We Couldn’t find anything matching your search term. Please try searching for something else.

Success Product is added to Wishlist

Error Product is added to Wishlist 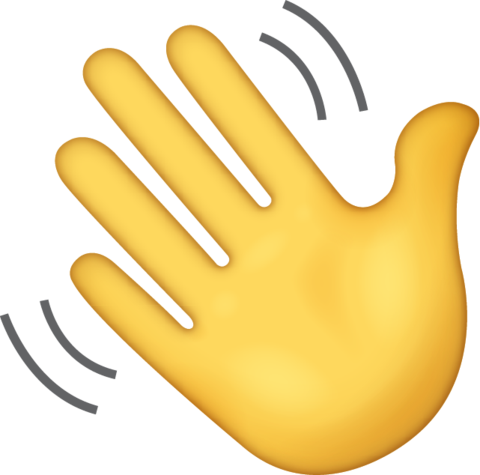 Hello! Login to get assured cashback of up to ₹ 1,500 on purchase
Login

Hello! Login to get assured cashback of up to ₹ 1,500 on purchase
Login

Claim your pre-approved limit of up to ₹ & shop on No Cost EMI!

Claim your pre-approved limit of up to ₹ & shop on No Cost EMI!

You have pre-approved limit of

Get an EMI card now!

Lenovo touch screen laptops are popular for one major reason - they make the interaction with the computer quicker, easier, and more intuitive. Using a single touch for opening or running programs, the process of communicating with the computer is simplified and can easily be picked up by any user.

The second reason they are popular is that these touch screens come with a high resolution and a fine colour display. But the best part of these devices is that they can be used for several creative activities like art, drawing, sketching, etc., since they come with a stylus for more convenience.

Lenovo touch screen laptops all come with IPS technology, making them the perfect companion for binge-watching movies and hours of playing Call of Duty.

These Lenovo models come equipped with IPS Glossy touchscreen displays. IPS which stands for In-Plane Switching, is one of the two types of TFT LCDs available in the market, the other being Twisted Nematic or TN. TFT (Thin Film Transistor) is responsible for the enhanced colour and contrast in black and white. The integration of IPS makes the Lenovo touchscreen laptop price higher in comparison.

IPS also provides wider viewing angles, and the liquid crystal runs parallel, not perpendicular, which makes these devices perfect for viewing movies, videos, and photos. The IPS technology is also useful for those professionals working on creative enterprises because this system offers a wider colour range.

To make the purchase of these Lenovo laptops easier, you can avail a very convenient payment option from Bajaj Finserv. Opt for the Bajaj Finserv EMI Network Card and pay for your purchase through No Cost EMIs. You get a pre-approved amount of Rs.4 lakh with this payment card. Further, there is no down payment required when using this card to make the purchase.

With screen sizes ranging mostly between 13.3 and 14 inches, these Lenovo touch screen laptop prices range from approximately Rs.40,000 to Rs.1.5 lakh. Apart from the IPS Glossy touchscreen tech, these laptops are notable for coming in both SSD and HDD variants. From 128 to 512 GB SSD, the laptops are adequate to store and run various programmes without lag.

However, Lenovo touch screen laptops come only with two operating systems - Windows or DOS. Lenovo’s Ideapad, Chromebook, Yoga and Thinkpad are some of the ranges that have the touchscreen option. Twist these laptops into the different modes and use them lying down, sitting up, at the desk or wherever. Lenovo has turned sturdy laptops into flexible and easy to use machines.

SSD stands for Solid State Drive, and it is the storage alternative to the traditional HDD or Hard Disk Drive. Hard Disk Drive is a bulky contraption with a read and write arm and spinning disks. The read and write time is a mechanical component and takes considerably more time to get in position before starting the read or write command. The major drawback of this mechanism is the long access time and slow reading time.

To counter this problem, laptops with SSD came into the picture. These storage devices are purely electronic with no mechanical moving parts, making the reading and writing process much faster than HDDs. Even though customers pay more for Lenovo touchscreen laptop with SDD, they make for a much more enhanced user experience.

Ranging from 128GB to 512GB, this storage space is quite sufficient for regular and business users.

What Makes Lenovo a Trustworthy Brand in India?

Sales figures show that Lenovo, with the Lenovo laptops included, earned around $1.66 Billion in Sales in FY21. As remote learning and working became the norm, Lenovo earned the trust of consumers with its top-notch products. Following are a few reasons why Lenovo managed to garner such popularity :

The touchscreen laptop Lenovo is a great buy for a generation that has grown up with touchscreen mobile phones. Intuitive and exceptionally fast to use, these are the perfect device for most.